Following on from last week’s blog post, introducing my thoughts on the “problem” of language in historical fiction, today I am going to consider the possible effects of using modern language in an historical novel. 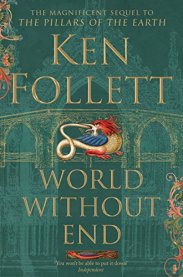 Ken Follett is one novelist who has been accused of using overly modern language in his mediaeval historical novels (Pillars of the Earth and World Without End). For some of his readers (evidenced from book reviews), their impression of undue modernity in the novel’s language does matter:

‘Obviously, a novel set around the 12th [sic – should be 14th] century could never be written in contemporary prose… But some concession needed to be made in order to emphasise antiquity, or it might as well be set in the present. …I found myself jerked out of the spell by the kind of prose and dialogue that I can hear on the street every day. And because it was written in modern English, it inevitably portrayed 20th century thinking.’1

This writer does not quote examples but makes an interesting point: is it “inevitable” that modern language portrays modern thinking? Not, presumably, according to the majority of historical novelists who use it. And it is also true that the vast majority of Follett’s readers are evidently so engrossed in the story that the modernity or otherwise of the language is of little importance:

‘From the first page Follett conjures up the earthiness and superstition of those times. I can’t comment on how accurate it is as I wouldn’t know, but it certainly rings true and even if it wasn’t all completely correct, I don’t think it would really matter.’2

This reviewer does not mention language, but for them the authenticity comes in the small details of daily life. It “rings true” and, for them, that is what matters. For most of his readers, Follett’s language does not seem to detract from their enjoyment of his books, but if the language a writer uses does make readers stop and question the authenticity of the mindset that “thought” the words they have read, this will surely destroy the illusion the writer was trying to create.

I decided early on in writing Fortune’s Wheel that I would not attempt to mimic the speech patterns of the fourteenth century, because I felt that “pseudo-mediaeval” dialogue might inhibit modern readers’ enjoyment, rather than give the narrative any greater credibility. (I will say a little more about writers who choose to use “old style” language in my next blog.) I followed the advice of other writers, such as Hilary Mantel and Barry Unsworth, referred to in my previous blog. The language I put into my characters’ mouths is broadly modern English, with some slightly “old-fashioned” phrasing just to give a sense of the past. However, I did not follow closely Unsworth’s advice about formality and avoiding contractions.3 Rather, my choice was to use more formal, non-contracted, forms for higher status or educated characters, such as Lady Margaret de Bohun, and even Eleanor Titherige, a merchant’s daughter, who is not exactly of gentle birth but has received a little education, but to reflect the voices of the peasantry – Alice, Emma, Ralph and others – by using contractions (it’s, isn’t, shouldn’t). I accept that this is a relatively crude distinction and that, to some, the contractions may give the voices too modern a tone, but I am satisfied that it works – for me, at least – and helps to give some individuality to the different voices. I also used occasional “dialect” phrasing or words to suggest rural or working-class voices, such as when Ralph Ward says: ‘I know what he wants to say, sir. That if you wants us to work longer and harder than before, you has to pay us a fair wage.’ This is not intended to be a true reflection of the voice of a fourteenth century Hampshire peasant but rather to give a sense of it.

If you accept, as I have, that putting broadly modern language into the mouths of “historical” characters works fine, the question then might be how far it matters to the average reader if the language, and especially the dialogue, is littered (or even lightly sprinkled) with anachronistic words. (This is central to John Yeoman’s blog post on “authentic” language, referred to in my previous blog.)

It’s obviously important to ensure that anachronisms of fact are kept at bay, but linguistic anachronisms, where words had not yet come into use or, more importantly, where they imply ideas that had not yet entered anybody’s mind, are equally likely to throw a reader out of the illusion. Hilary Mantel has said ‘[characters] mustn’t express ideas they could not have had, and feelings they would not have had. They did not draw metaphors from a scientific worldview, but from a religious one. They weren’t democrats. They weren’t feminists… The reader should be braced by the shock of the old; or why write about the past at all?’4 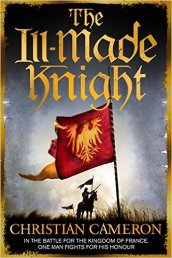 In his book The Ill-Made Knight, Christian Cameron sometimes uses words and expressions that are neither twenty-first nor fourteenth-century. Both ‘…cooling my heels…’ (p.184) and ‘…swashbuckle…’ (p.32) are sixteenth-century.

In Mistress of the Art of Death, by Ariana Franklin, occasional anachronistic expressions or metaphors creep in. For example, “giving gyp” was possibly no 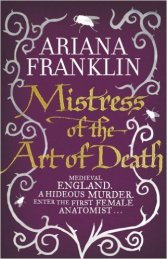 t used first until the nineteenth century: ‘…it seems his guts – which are considerable – are giving him gyp.’ (p.11)

And, here, a different, and perhaps more overt, type of anachronism is used: ‘The deer ran, scattering among the trees, their white scuts like dominoes tumbling into the darkness.’ (p.16)

This is a nice image but dominoes had not arrived in Europe by the twelfth century, so the narrator (a twelfth-century person) would surely not think of using such a metaphor.

So these two novels, which by the way, have mostly modern, and therefore very accessible, language, do include some anachronistic words and expressions that might destroy a reader’s illusion of the mediaeval world. One might say that an expression like “cooling one’s heels” is not exactly anachronistic, but more a “translation” of what the character was thinking about being kept waiting. Similarly, “giving gyp” is an accessible rendition of the narrator’s thought about a character’s pain. However, looking at it another way, both “cooling my heels” and “giving gyp”, while not being mediaeval, are also not really current expressions either, and therefore somehow draw attention to themselves. I think this can often be a problem with anachronisms – one might slip through unnoticed, but if something sounds wrong, the critical reader will spot it and feel obliged to check up on it. 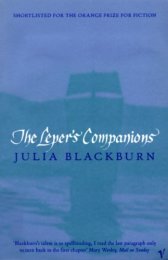 Anachronisms may be subtler. In Julia Blackburn’s The Leper’s Companions, set in 1410, references to “kitchen”, “bedroom” and a fire burning in the “grate” do not, I feel, ring true for the period, when such room designations had not yet reached peasant homes, and fires were generally still hearths in the middle of the floor. But this is perhaps to be too exacting.

One should ask, then, how far a degree of anachronism in a novel’s language, especially in the use of individual words, really matters? How far does it detract from a novel’s “authenticity”? Clearly, I have noticed these anachronisms, but many readers would not recognise them, or not care much if they did. However, of those readers who do notice such things, some may not trust anything else the writer says about the period, while, for others, at the very least their pleasure in the book might be diminished.

So one could say that, whereas anachronism does matter, perhaps the degree to which it matters is largely a matter of taste?

In writing Fortune’s Wheel, I tried hard to avoid anachronism in language as well as in fact. I made an effort not to use words and phrases that first came into use much later than the fourteenth century. I frequently used an etymological dictionary to help me select words more or less appropriate to the time and my characters. However, I was not overly exacting with myself: I often allowed myself to sense when a word was not right, and, if necessary, replace it with something more suitable, but I did not examine every word. I am sure I have used the occasional word that is anachronistic. Indeed, I know of at least one:  “hubbub” is a sixteenth-century word of Irish origin and therefore in principle unsuitable for a novel about fourteenth-century England, but I kept it because it seemed to have a mediaeval “feel” to it. Having allowed myself this latitude, perhaps I should not criticise others too harshly.

(Note: I discuss this and other aspects of writing historical fiction in my PhD thesis, Authenticity and alterity: Evoking the fourteenth century in fiction, University of Southampton, Faculty of Humanities, 2015 <http://eprints.soton.ac.uk/383484/>)

4 thoughts on “Modern language and the problem of anachronisms”