“‘An everyday story of country folk’. No, not Ambridge but Meonbridge. And not in recent times either, but in the middle of the fourteenth century. A tale covering a single year; one of twists and turns too. The Black Death has recently passed over the village reaping a harvest of dead adults, children, and infants; tearing holes in the fabric of village life, as well, of course, as causing holes in the ground – so many the old churchyard cannot take them all… …Those who tune-in with anticipation to Radio 4 at six-thirty in the evening, will probably love this book.”
From a review of Fortune’s Wheel by Alan Hamilton on Amazon on 11th February 2017.

When I first read this review of Fortune’s Wheel, I have to confess to feeling slightly put out. He was comparing

my “literary masterpiece” to The Archers – a soap opera, for heaven’s sake! – although he didn’t actually call it that…

But then I recalled that, in my own blog of just a few weeks before, I had myself referred to Fortune’s Wheel as “more the ‘everyday lives of country folk’”. What I meant then was that my novels’ plots are based on social history, the stories of ordinary people, and their everyday lives, rather than high-level politics, war, or the antics of royals and the nobility.

Stories that are, essentially, much like fourteenth century versions of those in The Archers…

What’s more (I told myself once I had climbed down from my high horse), I actually love that everyday story of country folk, and I’m definitely one of those who tunes in eagerly to BBC Radio 4 at six-thirty (or, actually, two minutes past seven!) every evening…

And I am not alone. Even John Banville loves The Archers. In an article in the Mail Online, on 4th September 2010, Banville “a lifelong Archers fan, explain[ed] the draw of the world’s longest-running radio soap opera”. But, he said, “soap opera is much too sudsy and urban a term to apply to this awesomely impressive phenomenon.…” He went on to say that the programme was garnering a new crop of younger listeners, and (in 2010) “a listenership of almost five million…a lot of eager ears.”1 Of course eager eyes are what authors want for their books!

So if my novel proved to be wildly popular, what possible reason could I have to feel miffed? Well, of course, I wouldn’t.

Nonetheless, I do still feel bound to contemplate to what extent Fortune’s Wheel might be a form of soap opera… 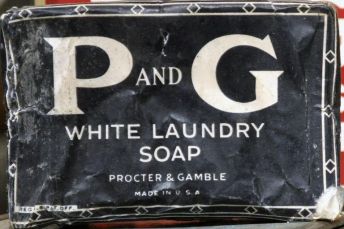 Wikipedia defines soap opera as “…a serial drama on television or radio that examines the lives of many characters, usually focusing on emotional relationships to the point of melodrama.”

The Free Dictionary says: “A drama, typically performed as a serial on daytime television or radio, characterised by stock characters and situations, sentimentality, and melodrama.”

Oh dear – I don’t at all like the sound of “stock characters and situations, sentimentality, and melodrama”! Of course, the term “soap opera” is often (invariably?) used pejoratively, to imply something trashy and trivial – which is obviously why, at first, I was rather put out at the suggestion that my work was of that ilk. But whereas, obviously, Fortune’s Wheel doesn’t exactly fit the definitions, because it is a book and not a television or radio drama, it does have one or two of the same elements as such dramas, which I thought might perhaps be worth exploring.

For example, The Archers has a large cast of characters, and the storylines alternate between them. Not all of the characters appear in every episode, indeed some don’t appear for months.

Fortune’s Wheel too has quite a large cast, which a few readers don’t seem to care for very much. Some because they find it hard to remember who everyone is, others perhaps because they simply can’t identify with any of them properly or, as my reviewer Alan Hamilton put it, find it “hard to feel particularly strongly about any of them”. But other readers love having lots of characters – or at least don’t find it too daunting as, said one reviewer, with the “list of all the important characters at the beginning of the novel… I soon acquainted myself with them all.” I too like a large cast, as long as it’s not too difficult to  distinguish between the characters…

I guess that particular preference is horses for courses…

A major challenge of having a mega-cast, however, is controlling multiple protagonists, and weaving together their many different story threads. We are often told as writers that we “should” have a single strong main protagonist, one character for readers to identify with or root for (or indeed loathe). But I have three “main protagonists” in Fortune’s Wheel, four in its sequel, seven in The Nature of Things… And there are very many protagonists in The Archers, some undoubtedly more significant than others.

So how do readers/listeners cope with such a plethora of people to love (or hate)? Do they in fact fail to find anyone to root for? I suppose some do fail – those people, perhaps, who don’t like a cast of thousands?

But I suspect that many listeners to The Archers are simply drawn to one or more characters in particular, and follow their stories with more interest than others. That’s certainly true for me. I invariably find myself listening eagerly to the next instalment of so-and-so’s story, but switching off (my ears) when the scene changes to someone else’s story in which I’m not quite so interested.

Interestingly, in Fortune’s Wheel, if it seemed initially, from the early pages of the novel, that Alice atte Wode was the “main” main protagonist, in fact it seems to have turned out that Eleanor Titherige is the character to whom readers (or at least those who have mentioned it) have been most drawn, and whose continuing story they are most eager to discover…

In both Fortune’s Wheel and The Archers, storylines alternate between the protagonists. Stories in soap operas tend to be about relationships between the characters, and the trials and tribulations of their everyday lives. Occasionally, a storyline might draw on a topic of national or political importance, and sometimes a story will be full of drama and tension, even horror, as one or more of the characters has to face an extraordinary event that is beyond everyday experience. But these dramatic storylines are  interspersed between the more gentle, commonplace incidents of normal life. Some storylines are relatively short and insignificant, while others are major, sometimes harrowing – and authentic-seeming, partly because they seem to be playing out in real time – dramas that spin out over many episodes, sometimes lasting for months.

The effect is not dissimilar in Fortune’s Wheel. It is the first in a novel series, “The Meonbridge Chronicles”, where individual characters’ storylines may not be concluded in one novel, but will continue in a subsequent one. The stories are also essentially about relationships, some joyful, some troubling, others challenging and even devastating. There are of course far fewer storylines than in The Archers (if only because its scope is so very much more restricted), but certainly there is at least one, and sometimes more than one, storyline for each main protagonist. Dramatic events are interspersed between the minutiae of everyday life. Weaving together the different story threads in a way that maintains interest in the storyline that is centre stage without detracting from those waiting in the wings is one of the challenges of both a soap opera and this type of novel.

Another of the challenges of having lots of characters is, of course, distinguishing between them. Obviously, this is relevant to all forms of drama and fiction, but is perhaps of particular pertinence here…

On the radio, it is true of any drama but, I think, particularly

For a radio drama, it is especially important – if tricky – to ensure that different characters have different, distinctive, voices. This is partly an issue of actors. But language is also a factor. And so it is in a novel.

A writer has to try and ensure that all her characters’ voices don’t just “sound” the same, with the same vocabulary, the same turns of phrase, the same intonations. And I actually think this is quite difficult to achieve, particularly if your novel does have a large cast with, say, two or three characters of the same gender and age, and from broadly the same social background. In my novel The Nature of Things, for example, two of the principal narrators, Tom Godewryght and Peter atte Hyl, are young men, essentially from the same sort of background – relatively lowly peasant stock – both of whom, in their different ways, go “up in the world” and get a modicum of education. Although their narratives are decades apart in the novel, so that they never do actually “appear” together, it still seemed important to try and make sure that they “sounded” like quite different, and therefore more distinctively “real”, people.

In the sequel to Fortune’s Wheel, I have a similar problem with two of the young women, both of whom appeared in Fortune’s Wheel but, in the sequel, are two of the four principal  narrators. Emma Ward and Susanna Miller are of similar age and both cottars, so how do I make each sound distinctively herself? 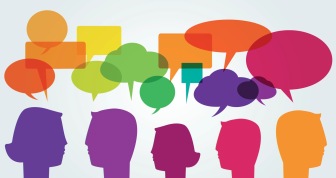 A good test of voice differentiation is, I think, when each voice is sufficiently distinctive that the dialogue could be written without attributions. If the voices are adequately differentiated – especially when the characters are talking to each other – you should be able to “hear” which of them is speaking even if their names are not tagged on the page. That’s the theory, anyway – and certainly what I aim to achieve.

So, three ways in which Fortune’s Wheel might possibly be considered a form of soap opera: a large cast of main characters; multiple, interwoven storylines, with a mix of everyday and high drama; and the challenge of creating many distinctive and “real”-seeming voices.

It’s hardly a tightly-argued analysis! But interesting, I think.

But I still might ask, is Fortune’s Wheel a form of soap opera? And, if so, should I mind? It’s true that I might have preferred my magnum opus to be regarded as a work of “literature” but, when all is said and done, if Fortune’s Wheel ever turned out to be even as remotely popular as The Archers, why on earth should I object? As long as, I suppose – and this is very important! – it is not simply dismissed as trite or trivial or melodramatic, which, so far, is certainly not the case. Even the reviewer who sparked off this train of thought didn’t say that.

So, what do you think? If you’ve read Fortune’s Wheel, do you have a thought or two? And even if you haven’t read it…